I’ve seen a few tweets here and there about how modern social media culture has made it ‘fashionable’ to be mentally unstable and it got me thinking. With all the memes you see about suicide and depression I can kind of see where these people are coming from, but I do have an issue with people openly accusing others of faking mental health problems to look ‘fashionable’. There’s nothing stylish about mental instability, trust me. 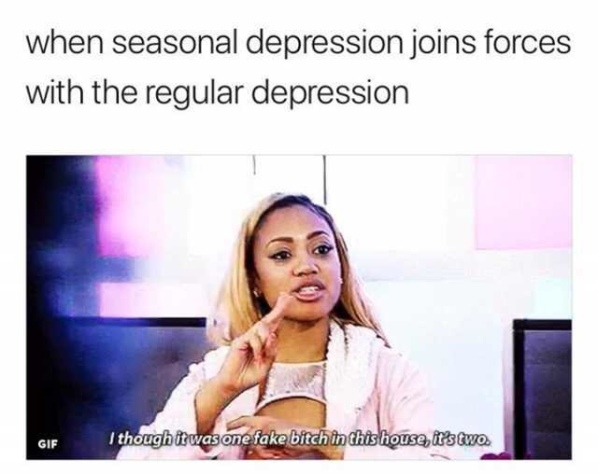 There are soooo many memes online like the one above which create humour out of depression. I get why people might say this could make others take depression less seriously, but I kind of want to make it clear how these memes can help people in struggling times before we jump to conclusions.

I follow a lot of mental health instagrams and influencers so I see these types of memes a lot. When I personally see them, I find light hearted humour in them and also a kind of relation to so many other people that tells me I’m not alone. The bottom line is, they are relatable to those battling mental illness. So what’s wrong with using humour to deal with our problems? Yeah, is a bit on the dark side and isn’t for everyone. But if it helps people cope, it helps people cope and we can’t really tell others how to deal with their problems. 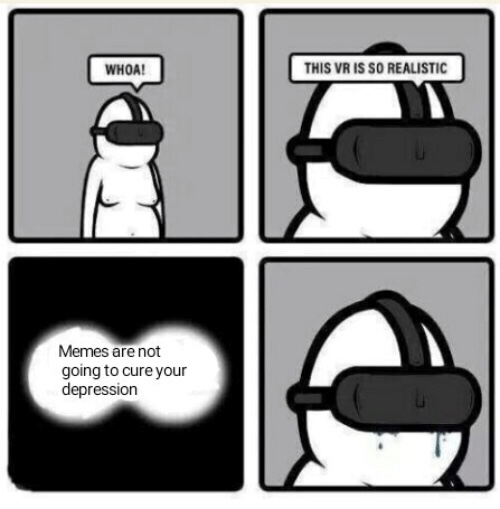 Dark humour like this could be argued to make depression almost fashionable and attract people to falsely self-diagnose. Seeing things like this might normalise such a dark, painful illness which brings devastation on so many people every day. I get that completely.

Don’t get me wrong I definitely see why people will say these memes are wrong and can lift the seriousness of mental health (when they already aren’t taken serious enough) but there is definitely positives to these types of social posts too – it just depends on how you look at it. 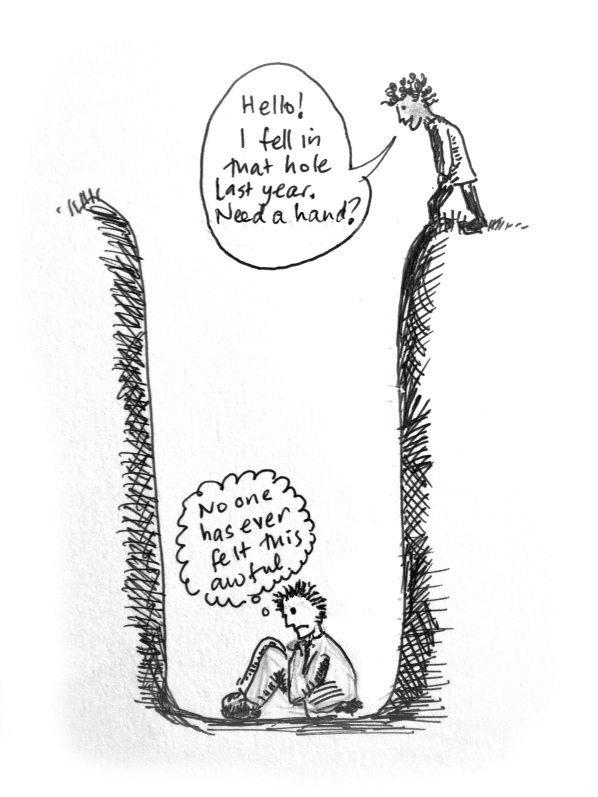 I’m Not Alone After All

One of the biggest burdens that depression and mental illness can bring on you is feeling of being completely alone. You think that no one else feels the way you do and everyone is living a happily life while you sit on the side lines feeling sorry for yourself. This was a massive thing for me, through all the countless days I sat in on my own struggling to even get out of bed for some reason I thought every single person in the world was out living some amazing life – I was obviously wrong. But at the time I felt so alone in my struggles.

Since starting this blog a lot of people have said to me that I hide my problems well and they didn’t know I was struggling so much, I’m not really surprised at this because the majority of my friends and family only see me like once a month and if you judge my life on my social media posts so ‘look like I’m living a good life’. When people have reached out to me and said they feel the same, I was shocked. My eyes have been opened recently that so many other people feel like I do and life definitely isn’t smooth sailing for anyone, which just made me want to blog more.

So, when I see memes like this it kind of lets me relate to something so I don’t feel alone. Like I said in my healthier social feed blog, I like posts which are real and I can relate to. So many people post these memes on Instagram and honestly my feed is full of them because of the accounts i follow. Seeing them just kind of lightens the mood of a very dark and devastating illness that so many have to face every single day. I know I’m not dealing with my problems but if it can bring a smile to my face and make me realise I’m less alone, then so be it. Maybe my humour is a little too dark but it definitely helps me, and thousands of others it seems. 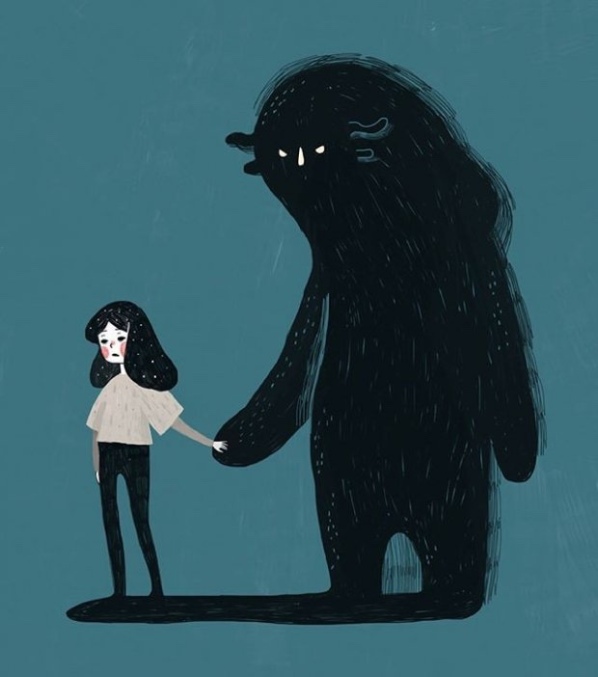 A lot of people use social media posts to give cries for help, without directly asking for it. If you’re shit at talking to people like me and hate talking about your problems, liking posts and retesting tweets about struggling mental health can kind of help people understand. It sounds soooo stupid I know, but I see it as a way of letting people know how I feel without actually having to say it.

I tweet things and post things I would never ever say in person to anyone, because I’m either embarrassed or too anxious about it. I sometimes scroll down my Twitter and it’s all depressing shit and I’m like Christ, are you okay? I can be such a negative bitch at times but I can’t help it and there is definitely reasons behind why I post depressing things.

You could probably scroll down my twitter and see at which points I’ve been really struggling, judging by my tweets and likes. In terms of Instagram, I’m likely to post pictures of older times and avoid recent pictures to kind of keep up the happy lively persona whilst hiding a very unhappy current life. My instagram could look so bright and exciting, I’ve even had people say to me how much fun it looks like my life is and I’m like – really? Because I know the brutal reality behind it. My Twitter is another story, I’m usually quite dark in my posts and use it as a way of kind of expressing how I really feel, with the off funny video thrown in of someone falling over.

Don’t Throw The Word Around

That being said, I definitely am against using terms like ‘depression’, ‘anxiety’ and ‘suicide’ when you don’t have experience with it. Throwing these terms around in everyday speech is quite harmful to the stigma we are trying so hard to break down.

I’m sure you’ve seen it before, and I’ve definitely done it when I was in school. Saying things like ‘oh I’m so depressed’ as a means of saying you’re a bit sad about a situation, knowing fine well you’re perfectly mentally stable. After fighting with and battling mental illness, I’m now against people throwing these serious terms around. Because it does make you think that people aren’t taking it seriously. 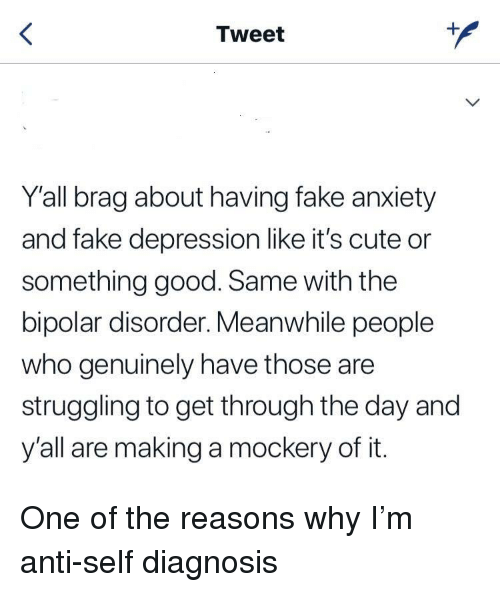 I’m definitely not saying that certain people have more of a right to talk about mental illness. I’m definitely not diagnosing people as mentally stable without fully knowing their situation because after all you never know what someone is battling inside their head. I’m sure when people see me liking posts about suicide and depression think that I have no right and I’m not taking the issue seriously – trust me, I am.

I think it is a huuuge grey area, we never truly know how mentally stable someone is and what their struggles can be. I just wanted to kind of highlight the advantages and disadvantages of using humour around mental health issues. I wanted people to understand how mental illness sufferers use these as a form of help, release and relating to others.

Mental illness isn’t fashionable, it’s not cute to be a mess. It definitely isn’t attractive to be 5 mine deep into a panic attack episode where you feel like you’re an actual psychopath with no connection to the real world. It’s not something you want, trust me. Let us break the stigma and make it as normally talked about as physical illness, stop having a go at people for posting about their problems online. If you do that, you’re the problem. 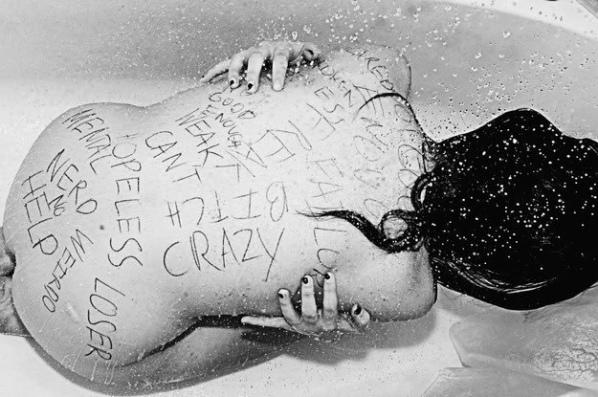